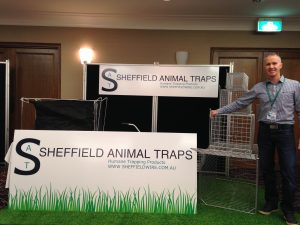 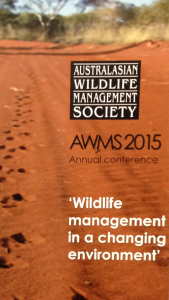 In November 2015, Sheffield Wire Products attended the Australasian Wildlife Management Society’s conference held in Perth. At the conference we released our new branding for the animal trap side of the business. The conference went for three days and was based heavily around studies and strategies involving invasive pests in Australia.

The conference highlighted the enormous issue facing our native wildlife and agricultural industry today and into the future. AWC figures from 2012 suggest an estimated 75 million native animals per day are killed by feral cats. That figure is derived from taking the lower amount of native animals killed per cat and multiplying by a conservative estimate on the cat population (remember this was over three years ago). Outside of the cat issue is of course Foxes, dogs etc that cost the farming industry Billions per year in lost stock and in large areas livestock farming has ceased altogether.

Please help spread awareness of this topic to facilitate funding in these areas, it’s a life or death situation!

Subscribe to our occasional newsletter and be first to know about special offers and new products!